Last month I wrote a post highlighting some of my lowlights in the stock market before I became a dedicated dividend growth investor. The post, aptly titled, “My Investing Missteps And Blunders,” went through some of the more painful trades I have made in questionable stocks with new and unproven products and services. Of course, it wasn’t all pain in those early days of trading. I did, in fact, have some pretty substantial winners during that time period as well. For some added balance to that post I’d now like to feature some of my best investments and trades. 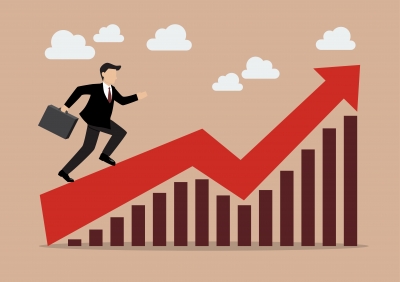 Let’s go back to early 1993 when Jack in the Box Inc. (JACK), formerly known as Foodmaker, Inc. (FM) at the time, was a fast food chain quickly on the rise adding new stores and growing annual sales at a fast clip till an outbreak of E. coli occurred, infecting 732 people originating from undercooked beef patties. The outbreak was widespread affecting 73 restaurants in California, Idaho, Washington, and Nevada. Of course, this all sounds too familiar as recent similar events rocked Chipotle Mexican Grill, Inc. (CMG). You know the saying, “There’s nothing new under the sun.” In any case, as with CMG in recent times, JACK’s stock tanked as investors sold off shares in anticipation of lawsuits and the potential for a diminished customer base for a brand that has lost some of it former growth luster. Following these events in the news I figured it could be a potentially good time to buy into this fast food chain at depressed prices and on March 10, 1993 I bought 100 shares of JACK (FM) at $8 ½. Remember, stock prices in those days were expressed as fractions. As time went on and the negative headlines featuring Jack in the Box subsided, I noticed the share prices steadily climbing. Not planning on making this a long term investment, rather a short term trade, I sold all 100 shares on September 15, 1993 at exactly $11 a share for a nice gain of 29.4% in just six months! Not too bad of a trade. Of course in hindsight, I would have been better off just holding those shares till today as JACK hit new all time highs over and over again and trades today at $107.46 after a 2:1 stock split and numerous quarters of dividends being paid. But, as I mentioned, I went into this stock as a trade and not a long term investment. I cannot complain about a 29.4% gain in just six months. This example just begs the question, “Is It Wise To Buy Stock After A Catastrophic Event?” More often than not, the answer seems to be “Yes.”

My next winning trade posted very similar results after just two months of holding the stock. It was 1996 and the talk of the day was about computers, chips, Wintel machines and the never ending need for faster and faster microchip processing, whether for CPUs, GPUs or Ethernet switches. While reading about this need for faster processing power I came across a company called Vitesse Semiconductor (VTSS) which developed Gallium arsenide circuits instead of traditional silicon chips that proved to be superior in almost every respect and was able to offer better and faster processing power. Of course, news of this company piqued my interest and on March 6, 1996 I picked up some VTSS at $22 7/8. The company was on a real roll in those days as the stock price quickly climbed on the promise of what Gallium arsenide can offer the computing industry. In short time the stock rose to $29 1/8 as I sold my entire position on May 7, 1996 for a gain of 27.3% in just two months. As you can imagine these winning trades in such a short time frame took some of the sting off of my losing trades I experienced in the mid 90s.

All of this leads up to one of my best long term investments in terms of capital appreciation and a valuable lesson as well about holding on to losers if you still believe in the original investment thesis. Let me explain. It was 2000 and the markets were riding high, especially the tech heavy NASDAQ which saw dozens upon dozens of Internet start ups go from nothing to millions and billions in market capitalization. Everyone wanted in. If you had a domain name ending in “.com” you could go public. It was a crazy time to say the least. At the time I was about two years into my own start up and was familiar with many of the popular tech companies that were public. One company, Red Hat, Inc. (RHT) caught my eye as I was very familiar with their products and what they offered as all our servers were running on Red Hat Linux and we were very pleased with how it operated. Wanting to get in on the Linux revolution (I’m still a big believer in Linux as I’m writing this post on my laptop running Lubuntu) I bought 200 shares of Red Hat, Inc. (RHT) at $41 ¾ on March 31, 2000.

You know, we always talk about market timing and how impossible it is to accurately time the market which if you look back in history, March 31, 2000 was probably one of the worst days to buy anything, especially anything tech related. As we all know, that was the time the tech bubble decided to burst and take everything with it down. To make a long story short, I watched my stock drop from $41 ¾ all the way to a low of about $3 ½ in mid 2001. For those keeping track that’s a 91.6% LOSS!!! What a mess. But, I still believed in Red Hat, what they did, their business model and most importantly, I was a happy customer of their product for almost three years. Surely, this would be a good turnaround story some day? As I mentioned, my original investment thesis had not changed and so I began my slow trek into the world of averaging down. Come mid 2001 I began to buy more shares every time I had extra cash on hand. I bought another 200 shares at $4.64 which immediately brought down my cost for the stock to $23.20. OK, now I’m getting somewhere. I continued to buy many, many more times in 2002, 2003 and 2004 at prices ranging from $5.52 all the way up to $17.60. In all, I would make ten separate buys each time averaging down my cost basis till it reached around $10 a share. By this time, I held a total of 3,000 shares in Red Hat, Inc. (RHT) with a cost basis of about $30,000. As the years rolled by I simply held on to my shares and watched the stock climb into the teens, twenties, thirties, forties and eventually the fifties come mid 2012. By this time I was already a full time dividend growth investor and thought it was time to cash out of this trade which I had held since 2000. It took me about twelve years to realize a profit on this investment but in the end it was a nice return as I sold all 3,000 shares at $56.48 in May 2012 for a gain of 464.8% and for realized a profit of $139,440. Sure, it took me over a decade to realize those gains but in the end I was able to turn a major paper loss into an actualized gain. Of course, it would have been nice to collect some dividends all those years while waiting for the stock price to rebound, which is one of the reasons I decided to go the dividend income route today. Still, no complaints from me (even though the stock trades at $82.60 today 🙂  ) and this last story should offer a good lesson to any investor out there that it’s OK to see some of your holdings in the red as long as you believe in your original investment thesis and nothing fundamental has changed. When I see red in my portfolio I take it as an indicator to buy more shares and average down. God knows I have used that strategy many, many times with my current portfolio.

Do you have any similar experiences with some great investments or trades? Please share below.

42 thoughts on “My Best Investments And Trades”