Before I became a dedicated dividend growth investor, almost ten years ago, wow does time fly, I had my share of successes and failures in the stock market as I was lured by ultra cheap stock prices that could “easily” double my money if it went up only one or two dollars or lured by new trends in healthy foods that would revolutionize the way we consumed certain products or lured by the promise of some new technology that would change the way we communicate and interact with our real world.

This post is dedicated to all the missteps I have taken as a relative newbie to the investing world and I hope it can serve up a cautionary tale to those out there that seek to make the quick buck via risky stocks or otherwise excessively high yielding stocks. Sometimes it’s just better to buy into the boring slow growth, steady dividend payers and hold them over the long haul rather than risk significant funds on unproven technologies or ultra cheap stocks. 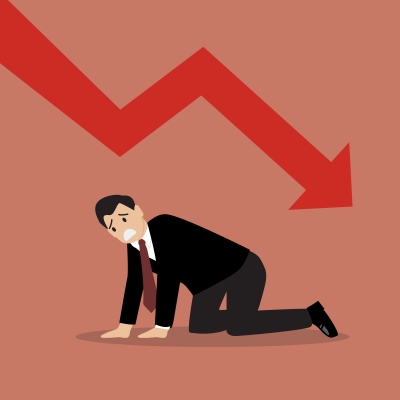 Back in 1994, I was reading and seeing on television a lot of news about a small company that promised to revolutionize the manner in which we communicate and interact with our real world. It was to change our own reality by offering us an alternative “virtual” reality. The company, appropriately named, which caught my attention, was Virtual Reality, Inc. To me, the technology and what this company offered was something straight out of science fiction and best of all it was public which meant I could invest my hard earned dollars and potentially profit from this new virtual reality product it was offering. So, on January 10, 1994 I bought 474 shares of VIRT at $1 13/16 for a total investment of $859.13. For those younger readers, stock prices used to be quoted in fractions and not in decimals. For the next several weeks I saw the stock trade back and forth up and down an 1/8 or 1/16 of a point and steadily dropping, dropping and dropping. Of course, I thought to myself that I’d be swimming in cash if the stock simply rose one or two points not realizing that this was a huge percentage increase. I continued to believe in the company, stock and its technology as I bought another 840 shares on March 31, 1994 at $1 ½. If I liked it at $1 13/16 then I must surely love it at $1 ½. This second investment tranche totaled $1,260.00. In total, I was $2,119.13 deep into this mess of a stock that kept going lower and lower and lower. Today, as a result of reverse splits and mergers my VIRT now totals just 131 shares from 1314 at $0.0001 trading under the symbol STLB (Sterling Business Solutions Inc.) with a market value of $0.0131. How’s that for a great investment? I was able to turn over $2,000 into a little more than one penny!!! I told you this post would highlight my missteps.

If there is one silver lining I can take away from this terrible purchase it is the fact that back in 1994 I could see the promise and potential of what virtual reality can be. Sure it’s 23 years later and virtual reality is still not ready for the mainstream, but I do see it coming sooner than later. I guess I was a couple decades too early in buying VIRT. Had I simply bought KO, JNJ, PG, KMB, CL, MMM, AFL, PEP, MCD, BDX, ITW or any other solid dividend paying stock and just held on I’d be in a much better place with my original $2K investment in this stock.

But wait, there’s more… In case you thought that the Virtual Reality investment would turn me off to stock market investing, you’re wrong. In late 1996, I came across another interesting company that promised to change the way in which we consume dairy. Don’t laugh. This is all true. The company, Say Yes Foods, Inc. (MILK) had a proprietary formula for fat free milk, eggnog, sour cream and cheeses that maintained the creamy texture and taste of full fat milks with less lactose, calories and cholesterol of traditional dairy products. This all sounded good to me. After all, these days all you hear about are lactose free dairy products and healthier options touting reduced calories and cholesterol. Again, maybe I was a couple decades too early in investing in these products as on December 9, 1996 I bought 180 shares of Say Yes Foods, Inc. (MILK) at $5 7/16 for a total investment of $978.75. As with my VIRT shares I watched MILK bounce around a bit ultimately dropping lower and lower and lower till one year later I pulled the plug on this stock, which now changed its symbol to SYES, and sold all 180 shares at a price of $2.00 and redeemed $360.00 for a loss of $618.75. The only solace I could take from this transaction was the fact that I was able to get some of my money back instead of watching my total investment potentially evaporate.

The next two losers I’d like to mention I’m not entirely sure of what they even did nor why I was drawn to them in the first place to invest my hard earned cash. First up is a company simply known as JWP Inc. (JWP) which I gathered was a water utility based in Rye Brook, NY that began as the Jamaica Water Supply Company hence the “J” and “W” in JWP and later became nation’s largest computer reseller and the biggest electrical contractor. What??? What kind of company did I just invest my cash with? All that I want to convey at this point is a total loss of $387.50 in JWP as my 100 shares that I bought back in March of 1993 at $3 7/8 eventually went to $0.00.

The final stock purchase on my wall of shame that I’d like to share with you dates back twenty years as on November 17, 1997 I picked up 300 shares of Keystone Energy Services (KESE) at $9 21/32 for a total investment of $2,896.88. By the name alone, I am guessing that KESE is/was a company in the oil and natural (gas) industry. What they did exactly I could not tell you for sure. What I can tell you is that I had to cut my losses on this stock very quickly as on November 26, 1997 I sold all 300 shares of KESE at $6 9/16 realizing a total loss of $928.13. Did you catch that? Almost one grand in losses between November 17 and November 26. Now that’s a fast way to lose money.

In all, my early days of investing saw quite a few missteps and blunders along the way. Of course, it wasn’t all about losses early in my investing career. I did have some winners mixed in and I’ll focus on some of my investment successes in another post but looking back at these trades and the companies I invested my hard earned cash makes me shudder a bit that I even considered these trades in the first place. In total, my losses from these four trades equaled $4,053.50!!! A lot of money today, even more money when you factor in over 20 years of inflation. Wow. As I stated earlier, imagine if I had just bought the well known, boring companies we all love to invest in these days. A lesson learned for me and hopefully for you. The allure of unproven companies, low dollar amount or high yielding stocks usually end belly up.

To all you newbie investors out there, and some of you seasoned players, what’s the one thing you learned about my investing mistakes? Do you have any similar experiences with “stupid” investments? Please share below.

53 thoughts on “My Investing Missteps And Blunders”

Disclaimer: DivHut is NOT a registered investment adviser, investment professional, brokerage firm or investment company. Readers are advised that information on the website is issued solely for information purposes and not to be construed as an offer or recommendation to buy, hold, or sell any securities. All information, opinions, and analyses included are based on sources believed to be reliable, but no representation or warranty is made concerning accuracy, correctness, timeliness, or appropriateness. Please consult with an investment professional before investing any of your money. Third party ads and posts for compensation appear on DivHut. No guarantees as to the accuracy of these ads or posts are offered nor do they reflect or represent my opinions or viewpoints. Copyright © 2022 DivHut.