When compared to the beginning of 2016, gold is up about 17% since the start of January to $1276/oz at the close of US trading Tuesday November 8. This graphic from a gold IRA and precious metals resource lists different factors for gold as they relate to currencies with Bitcoin and USD listed on there as well.

Gold lost its 1300-range support at the start of October, the lowest level since Brexit, after the European Central Bank announced that it was going to lessen its quantitative easing program by decreasing bond purchases. It briefly broke into this range again November 3-4 after trading back in the 1260s-1280s so far this week. 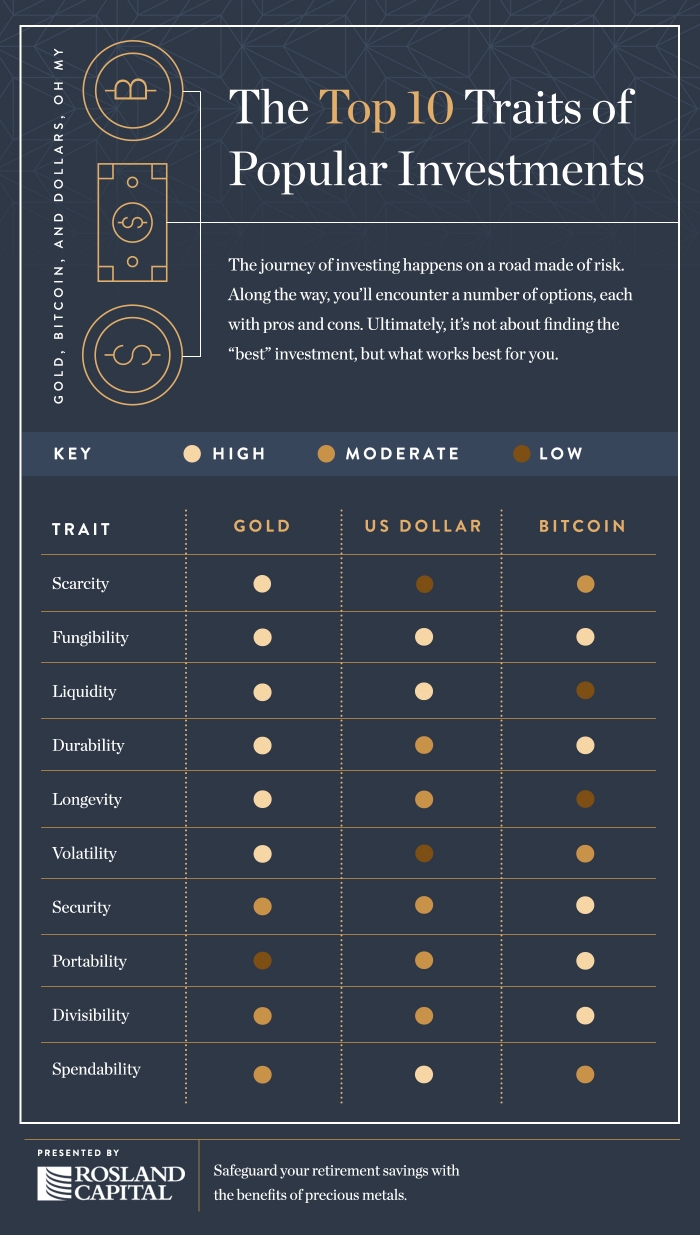