A while back I wrote a couple articles highlighting my very first dividend stock that I owned along with some scanned images of the very first stock trade I placed back in 1988 along with my first dividend check received for $5.00 also in 1988. You’ll see a trade for 100 shares of Homestake Mining Co. along with a discounted commission of $41.52. In those days that amount was considered a very cheap commission rate as many of the large “full service” brokerages charged anywhere from $100 to $300 a trade. Thank you Internet for reducing commissions to next to nothing or free even with the likes of Loyal3.

Going through more of my old papers I found several stock trades I placed in 1997 following David and Tom Gardner’s stock picking method called the Foolish Four. For those of you who do not know, David and Tom Gardner are the founders of the popular investor web site The Motley Fool. The Gardner’s popularized an investment strategy called the Foolish Four which basically was a modification of the Dogs of the Dow investment strategy popularized by Michael B. O’Higgins. The Dogs of the Dow is a basic investment approach whereby on an annual basis you purchase stock in ten companies from the Dow Jones Industrial index that have the highest current yield and lowest price. The premise of this approach suggests that higher yielding Dow stocks tend to have a weakened share price and thus are at a low point in their business cycle and have a greater chance to rise relative to their lower yielding counterparts. The Foolish Four method is simply a more concentrated version of the Dogs of the Dow whereby on an annual basis you purchase the top four, instead of ten, highest yielding lowest priced Dow stock.

Following the Foolish Four method in 1997 the highest yielding, lowest price Dow stocks were, International Paper Company (IP), Chevron Corporation (CVX), though in 1997 the ticker was CHV prior to the merger with Texaco, General Motors Company (GM) and 3M Company (MMM). The purchases were all made January 10, 1997 and later all sold October 1, 1997. Not quite a full year but close enough as each trade was profitable and I was able to collect dividends while holding each position. Let’s examine each one of my Foolish Four trades a little deeper.

First up, International Paper Company (IP). I bought 19 shares at $41 3/4. For the new dividend investors, stocks quotes were expressed as fractions instead of decimals. I later sold my IP at $55 3/4, a 33.5% increase. Not bad for ten months of holding and this doesn’t factor in dividends received. 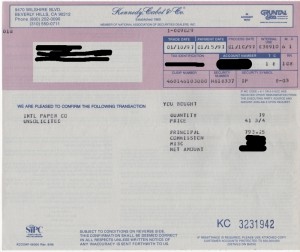 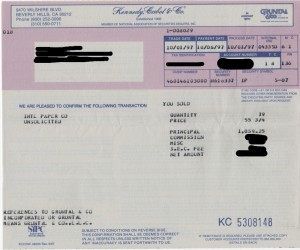 My second stock of the Foolish Four strategy was Chevron Corporation (CVX). I bought 6 shares at $60 1/8 and sold ten months later at $84 1/16 for a capital gain of 23.4%. I can only imagine what my CVX would be worth today had I not sold it back in 1997 especially since this stock had an amazing twenty five year annualized dividend growth rate of 7.51% well exceeding the inflation rate. 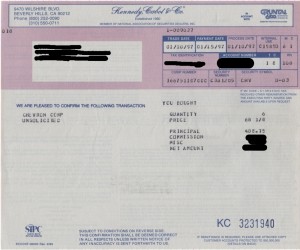 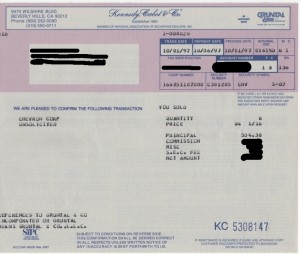 Next, I bought 7 shares of General Motors Company (GM) at $60.00 and later sold at $67 5/8 for a gain of 12.7%. Of course, about a decade later GM had to file for bankruptcy protection and essentially wiped out all shareholder value. Clearly, not every Dow component, or any stock for that matter, is immune from basic business incompetence. 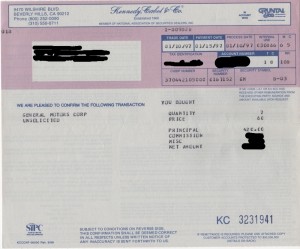 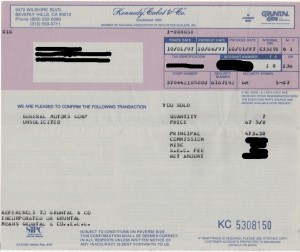 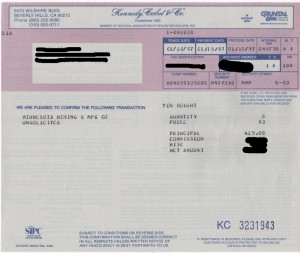 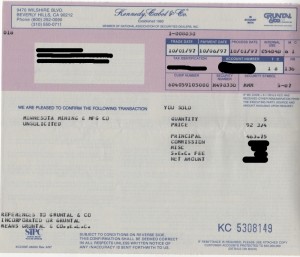 The above examples causes me to wonder what my total return would have been if I simply held each of these four stocks through today while constantly reinvesting my dividends. Of course, GM filed for bankruptcy and essentially wiped any shareholder value a few years ago which just goes to show that as dividend income investors it’s not about ‘buy and hold’ rather ‘buy and reassess’ as fortunes of even the most stable companies can evaporate quickly. Just look at former “solid” Dow components Kodak and mega-retailer Woolworth. Makes you think of where WMT or TGT might be headed someday. In all, I can’t complain about my Foolish Four experience as each stock I held accounted for double digit gains in a short period of time. A successful investment, yes. A learning experience, definitely.

Have you ever tried the Foolish Four or Dogs of the Dow investment strategies? Let me know below.