Love it or hate it, fast food is here to stay and stay in a big way. There’s no denying the convenience, variety and affordable nature of these fat laden, salty and tasty treats which is why, despite a lot of recent backlash in the industry, fast-food sales are expected to rise 4.9% from 2012 to $188.1 billion in 2013. Any way you look at it, this industry is huge. Couple this domestic growth with a growing middle class abroad hungry for a fast food hamburger or a bucket of chicken and you’ve got the making for an industry with a lot of runway ahead. Of course, the road to ever increasing sales always hits several bumps along the way namely from newly minted upstarts such as Chipotle Mexican Grill, Inc. (CMG), Noodles & Company (NDLS), El Pollo Loco Holdings, Inc. (LOCO) and The Habit Restaurants, Inc. (HABT) to name a few that all tout a healthier, fresher fare made to order and thus created a new category in the restaurant business known as ‘fast casual.’ For many years, these ‘fast casual’ restaurants experienced tremendous growth leaving behind the titans of the fast food industry to twist in the wind as a seemingly new era has dawned upon the restaurant world. Of course, food safety concerns recently in China did not help matters for the old guard fast food companies. However, in recent months it seems that investors are shunning the new ‘fast casual’ restaurants for the traditional fast food companies and it’s all being reflected in the performance of each of their respective stock prices. Old guard McDonald’s Corp. (MCD) is up 1% in a year which is not something to brag about but has climbed back to within a few dollars of its 52 week high from about $88 just four months ago. Yum! Brands, Inc. (YUM) is up about 30% in a year while The Wendy’s Company (WEN) is up about 40% in the same time and Jack in the Box Inc. (JACK) is up over 60%. Finally, Sonic Corp. (SONC) has improved over 50% as well. There are other names that are equally impressive but I’d like to focus specifically on the dividend paying fast food stocks. With that being said, let’s take an overview of the fast food restaurant dividend paying stocks. 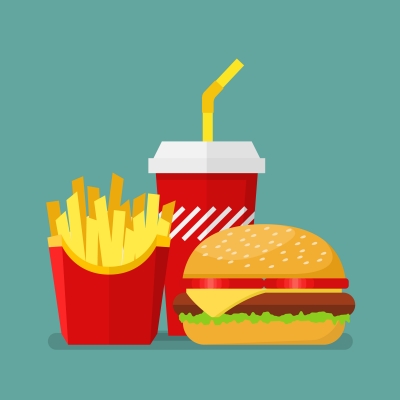 Of course, when looking at this sector we must start with the granddaddy of them all, McDonald’s Corp. (MCD). If you live on Earth you know MCD and what they are all about. From a dividend perspective MCD is a stand out among the thousands of companies that publicly trade as it has been paying a growing dividend for almost four decades and has shown a great ability to adapt to the changing tastes of the consumer over time. While left for dead not that long ago, MCD has roared back with an impressive climb despite suffering from a food safety scare in China and low wage issues domestically. The stock currently yields a very healthy 3.42% with a moderately high payout ratio of 71.1% based on an EPS of 4.45. Of course, one of the most impressive metrics of MCD is its ten year annualized dividend growth rate of 19.50%. Just imagine your yield on cost if you held this stock for the last ten years. As I stated in my opening line, love it or hate it, fast food is here to stay. From a valuation perspective, MCD has a current PE of 22.3 which is well above its five year average and may make the stock appear to be a bit pricey at current levels. Forward PE looks a little better at 19.1.

If MCD is the granddaddy of the fast food world then not far behind is another company whose Taco Bell’s, Pizza Hut’s and KFC’s we are all familiar with, Yum! Brands, Inc. (YUM). Like MCD, YUM was left for dead, at least domestically, as consumer tastes shifted away from the fast food restaurants to the ‘fast casual’ choices. Of course, YUM which derives close to half of its total sales overseas has tremendous growth left in front of it primarily in the Chinese and Indian markets. In fact, Yum! Brands plans to invest $10 billion and have more than 20,000 restaurants in emerging markets by 2020. How’s that for future growth. As we know with tremendous growth comes a stock with a higher valuation and YUM is no exception. With a current PE of 41.6 this stock cannot be considered cheap by any means. But that’s usually how this game works… you pay up for future growth. Forward PE for YUM looks a lot more attractive at 23.3 putting in line with MCD. From a dividend perspective, YUM sports a diminutive yield at just 1.76% with a moderate payout ratio of 46.6% based on an EPS of 3.52. However, like MCD, YUM offers an amazing ten year annualized dividend growth rate of 31.28%. With a lot more international growth in front of YUM it certainly looks like the international operations will be spun off one day in my opinion.

Moving down the burger line we have another dividend paying stock, The Wendy’s Company (WEN). A familiar name owning and franchising its namesake restaurants, WEN also owns the Arby’s brand after a 2008 merger. Currently yielding a small 1.90% with a moderate payout ratio of 66.7% on an EPS of 0.33, WEN has experienced a pretty dramatic climb in just the last year. This, of course, gives WEN a fairly high current PE of 42.0 with a more attractive but also high forward PE of 30.2. The stock price has definitely climbed ahead of revenue here. While having to reduce its dividend payment back in 2008, no doubt because of costs associated with the Arby’s merger and sales issues, WEN has been on a path of raising its dividend for the last several years. In fact, the five year annualized dividend growth rate for WEN is an astounding 27.86%. Growth rates like these can help make up for the relatively low current yield one receives.

Another interesting fast food play that has been on fire is Jack in the Box Inc. (JACK). I actually used to own Jack in the Box back in the early 90s when the company was called Foodmaker, Inc. (FM). I had bought the stock after a 1993 E. coli outbreak occurred and 732 people were infected. As you can imagine the stock tanked and like every investment decision I make I ask myself if is this simply a broken stock or a broken company and because of this unfortunate incident I had decided that it was simply a broken stock and that Jack in the Box would eventually rebound from this public relations disaster. In recent times, one might say the same thing happened with Johnson & Johnson (JNJ) and its Tylenol recalls or with the tragic loss of life and pollution that resulted from the BP p.l.c. (BP) gulf spill. In both cases, stock prices rebounded nicely from their lows after these incidents. This begs the question of Is It Wise To Buy Stock After A Catastrophic Event? In many cases, the answer is ‘yes.’ Back to JACK and its current 1.36% yield and its moderate 40.3% payout ratio based on an EPS of 2.98. This stock, while experiencing a nice growth rate in terms of capital appreciation, does not have a very long dividend history having only started distributions in 2014. For my investment dollars and from a dividend perspective Id’ like a little longer history before jumping into this one.

Finally, as an honorable mention, and a new dividend payer like JACK, we have Sonic Corp. (SONC). Headquartered in Oklahoma City, OK, SONC operates over 3,500 restaurants in 44 states so there may be some of you out there who have never heard of this fast food chain. Having started dividend payments in 2014, SONC offers us a current yield of 1.16% with a low payout ratio of just 18.6% based on an EPS of 0.96. From a valuation perspective SONC has a current PE of 32.1 well above its five year average of 25.0. Forward PE is more in line with its five year average which suggests, as with other stocks mentioned in this post that share price has run up quite a bit in recent time. As with JACK, I’d like a longer dividend history before buying this stock.

Do you own any fast food dividend stocks in your portfolio? What do you think about the adaptive capabilities of some of the old guard fast food chains to compete in this ever changing sector? Please let me know below.

44 thoughts on “Want Fries With That Dividend ?”