Not long ago I wrote a post about how “I Saved $372 On My Home Phone” using Ooma, a VOIP device that enables unlimited long distance calling for just local phone taxes (about $4 a month). It seems that Ooma has flown under the radar for many of you who still use a land line in your home. Of course, in my quest to save even more money while still living in the 21st century I began to question my high AT&T cell phone bill. By any measure I am not a heavy user of my cell phone but I was shelling out a heavy payment every month for something that I did not use often. This was the same syndrome that was affecting me with my home phone line. Paying lots of money for something I did not use often. 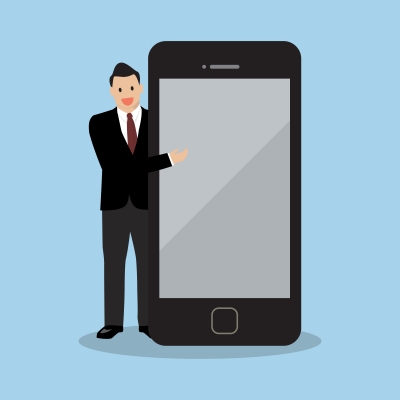 My cell phone bill was about $43 a month with taxes and other fees factored in for 700 minutes of talk time which I never fully used. Sure, each month I racked up rollover minutes until I had over 2000 minutes on my plan that simply expired because they weren’t being used, yet I was still paying my $43 a month regardless of usage.

One thing I have learned about in the world of marketing is that the word “unlimited” is meaningless. It sounds amazing, like “all you can eat” but in reality it’s just a marketing gimmick to get you to buy something or to subscribe to a plan. Think about it. What does “unlimited” really mean? Are you getting the true benefit of unlimited talk, text and web? What you should be focusing on is not the word unlimited but rather “usage” and that’s where Ting comes in. See Ting is a different cell phone company. It is built on the premise that you should pay for what you actually use. To me this just made sense. Why pay a flat fee for a certain number of minutes or better yet “unlimited” minutes if I never fully take advantage of it. Now, I know some of you will tell me that you are on your phone all day talking, texting and surfing and so perhaps Ting may not be for you. But for many people out there Ting can make a lot of sense.

Ting is an MVNO that piggybacks on the Sprint network for their service. Now before the comments roll in about how Sprint sucks, all I have to say is that even with AT&T I have experienced dropped calls and spotty service. In other words, Sprint, AT&T, Verizon, T-Mobile and the rest are all the same. I care not of service coverage maps, signal quality or any other metric since it is all marketing and every service has its pluses and minuses. It’s just like saying Toyota is the best car. Yet, drive down any street and you will see Toyota, Honda, Lexus, Ford, GM, Nissan, Kia, Hyundai, VW, etc. In other words, get over it, it’s a car and they are basically all the same. So to with cell phone providers. The way Ting billing works is that you are charged a flat fee of $6 a month per device on their network and then depending on usage you are billed accordingly. You can see their full rates page here. Talk more, pay more, talk less, pay less. That’s where the keyword of ‘usage’ really comes in instead of ‘unlimited.’ Take a look at your most recent cell phone bill and see how much talk, text and web you really did use. You may find out that your “unlimited” plan may not make much sense if say, for example, you only talked 500 minutes for the month or perhaps sent out 800 texts when in theory you could have used a lot more.

So let’s get down to some real numbers and the dollars and cents of it all. Prior to my switch to Ting I was paying about $43 a month or $516 a year. My new monthly average bill from Ting is $13.50 a month a savings of $354 a year. Between my Ting cell phone savings and Ooma home phone savings of $372 I’m racking up $726 a year in phone savings. That’s real money.

What about your cell phone service? Are you really taking advantage of “unlimited” plans or perhaps it might be time to pay for what you actually use?